What Happens to Lost Property at Airports?

WhosMyOwnerPosted on July 11, 2015 Posted in News and How-to's 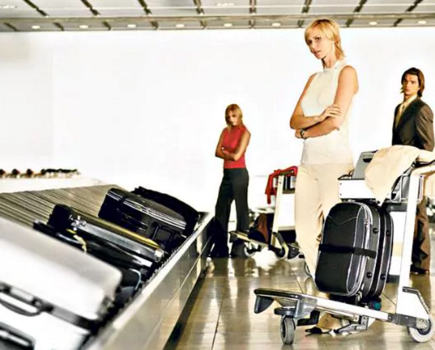 According to London Gatwick Airport,  about 85 per cent of “high-value” items, like laptops, mobiles and cameras, are returned to their owners, as well as 30 to 40 per cent of lower value items, such as books.

But that still leaves countless unclaimed possessions whose owners can’t be traced!

Many items are left at security, their owners having taken them out for scanning, then forgotten to collect them, presumably due to the stress of travel, or the a rush to make their flight (or start shopping!).

We personally know one passenger who picked up the wrong, identical, Macbook Pro after security.  Neither he nor the other owner realised their mistake until they were halfway round the world, in different countries, with the wrong computers.  Luckily one owner had stuck his contact details on the machine, and two FedEx trips later, they were swapped.

Are YOUR gadgets clearly and securely labelled for easy return?

Sometimes it’s as simple as a sticky label on the back.  If you want something safer than putting your name and contact details out there, why not download and print some FREE security labels from your WhosMyOwner account.

There’s more about airport lost property at Gatwick on The Telegraph’s website here.

We all lose stuff. I usually get mine back!